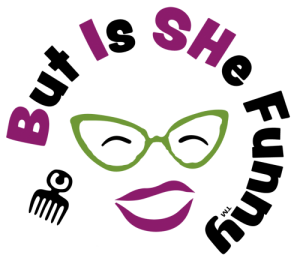 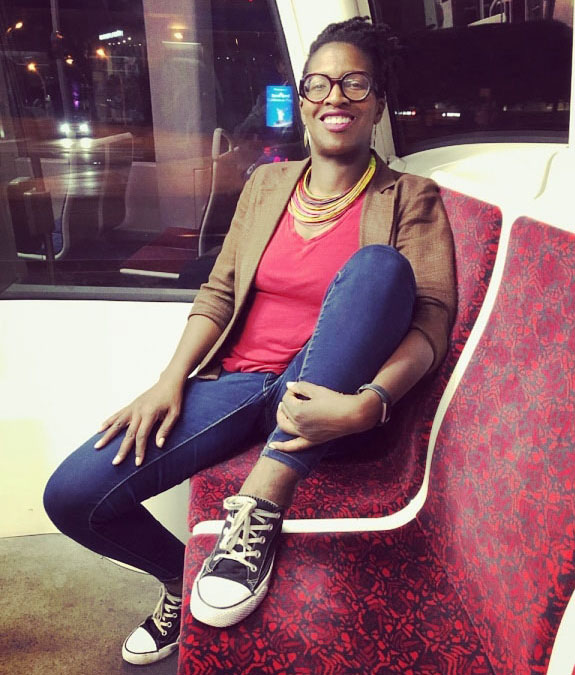 “We are not creating an industry controlled by men. We are creating great opportunities for women+.”

With her production project “Bish Funny” (short for “But Is She Funny”), enoje has produced several events including the popular Ladies Love Cool Jokes comedy series. She is also a producer and an Executive Board member of the Black Women in Comedy Laff Fest in New York.

enoje is the host of Let ‘Em Eat Laughs, a conversation series about comedians, food, and culture. As a self-proclaimed “Comedy Practitioner”, enoje coordinates Healing and Humour (HaH!) events in support of Black Mental Health.

enoje Ozjam, cutting a very stylish presence, opened her set by swiping at me for butchering her name in her introduction. She’s BAD LIKE THAT. enoje boasted of the benefits of steady, unprotected married sex during the pandemic. Gave the secret away to why Black doesn’t crack…and told us what wasn’t on her grocery list. DEFINITELY a comic to watch for.

Your humour and stage presence was soul-giving! Thank you for gracing us with relief through laughter and more laughter! It felt so therapeutic to witness the crowd laughing (And us too!!!)! 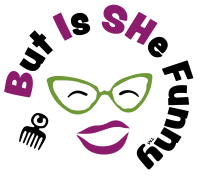