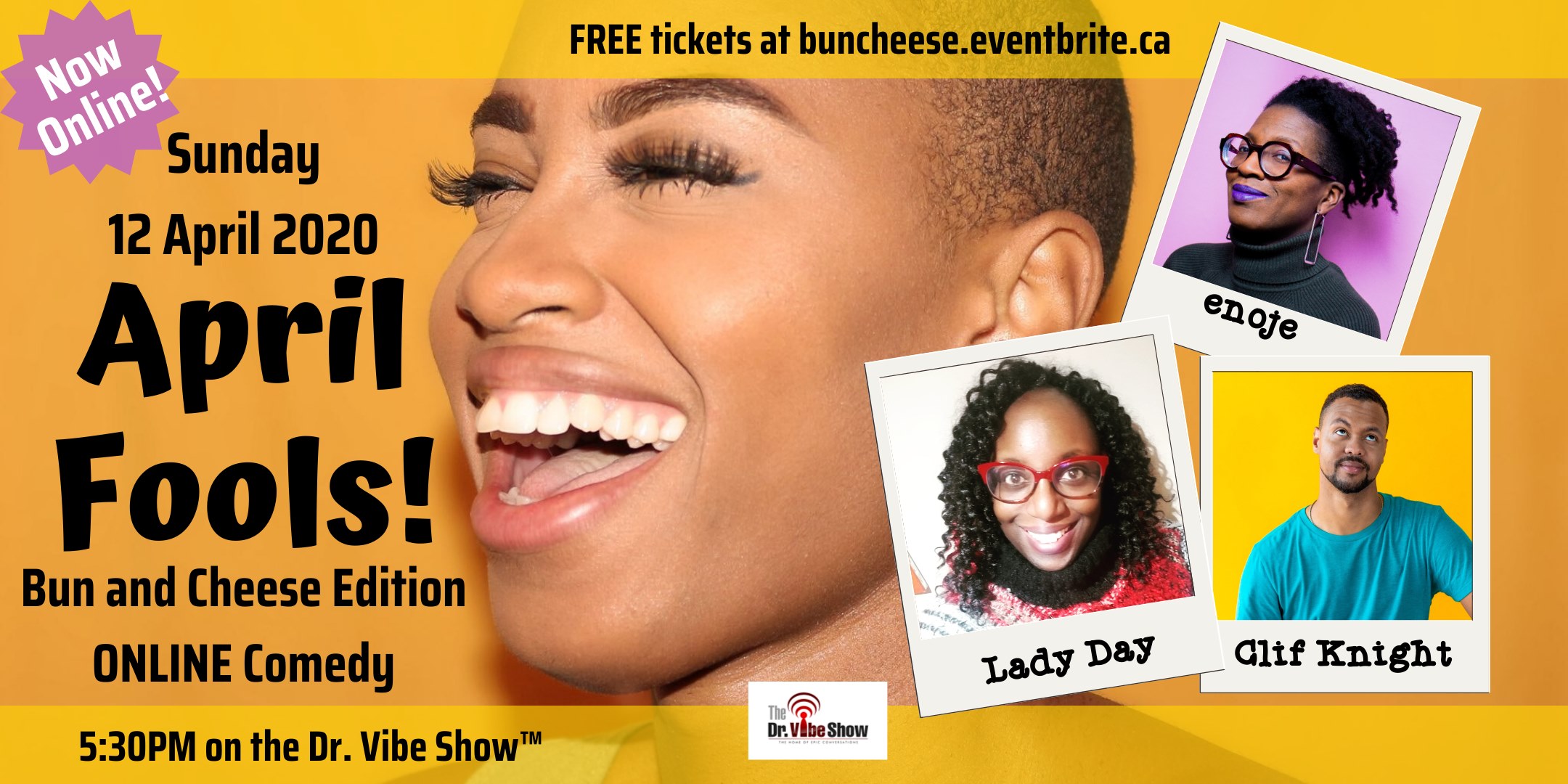 Enjoy a Sunday evening laugh with good food (that’s on you!), good jokes, and a VIRTUAL community of good folks!

After a successful March Madness Comedy Show, we are ready to do it all again, and we’re doing ONLINE in these crazy times. But we’re still doing it.

Presented by BISH Funny // hosted by enoje
Advance tickets at buncheese.eventbrite.ca
Tickets FREE or Pay What You Can (PWYC)

What’s On the Menu?

We may be caught up in Coronavirus Madness but we still gotta eat! So…whatever you’re cooking in your house or having delivered from God Only Knows Where — that’s what’s on the menu. Enjoy it with our blessings.

WHO’S ON THE MENU?

Clif Knight is a Guyanese born comedian living in Toronto and making jokes all over the world.

His style includes jokes about his Caribbean family, differences between men and women, seeing a situation through the eyes of a child, gifted or otherwise and life from the modern black perspective.

He’s been a feature on the Nubian Show with Kenny Robinson, SHADE with Anasimone George and The Ethnic Rainbow with Brandon Ash Mohammed.

Lady Day is a fresh new face in comedy. After years of having stand-up on her bucket list, she finally took the plunge last year and was instantly hooked. She’s performed at the Bag of Foolishness Comedy Show, Fifty Shades of Foolishness, and the March Madness Comedy Show at Local44 in Scarborough.

Lady Day’s perspective that “it’s better to laugh than cry” is the foundation for her comedy. She brings humour to her audience through stories that anyone can relate to, especially when it comes to dating and relationships.

A former spoken word artist, enoje has performed in shows including Black Like She, Shade Toronto, Bankrupt and Bougie, and Dat Gyal Funny.

With her production project “But Is She Funny,” enoje has co-produced the Bag of Foolishness comedy series, Jingle Jokes and Vibes, and Feelings: the Emotional Open Mic.

Tell a friend, get your tickets in advance, and see you there (virtually)!